PBT was established in 1991 as a family company. The World Championship organized in Hungary gave us the courage to start the business. Several brands were displayed and sold at the championship but none of them was Hungarian.

The founder and technical director of the company is Mr. Imre Kovacs who was the member of the National Junior and Senior foil fencing team. When he finished his sport career, he also worked as referee and board member of Hungarian Fencing Federation.

In the beginning, PBT's purpose was to provide fencing equipment to Hungarian fencers. The Hungarian industry was suitable to produce these products. First our branded shoes and gloves became popular among fencers. Soon we developed a range of our own styled fencing equipment and started to expand around the world.

Today, PBT works with about 45 employees who help in the production and sales to keep up the high standards that we have established. We have dealers all around the world in more than 40 countries including Australia, Canada, Chile Egypt, Finland, France, Germany, India, Italy, Japan, Korea, Poland, Romania, Russia, Singapore, Spain, Sweden, Taiwan, Thailand, Turkey, UK and USA and many more.

PBT is the official supplier of the Hungarian Fencing Federation, partner of the International Fencing Federation. We sponsor many young talented and worldwidely famous, Hungarian and foreign fencers as well. We are proud that Olympic and World champions and medallists reached their success in PBT equipment. Bence Szabó, Tímea Nagy, Zsolt Nemcsik, Áron Szilágyi, Erinn Smart, Keeth Smart, Ana Branza, the Ukrainian women's sabre team and the Romanian women's epée team are among others.

For fencers FROM CHILDREN TO ADULT FROM BEGINNER TO CHAMPION, we offer good quality and safe fencing equipment with fast and reliable customer service. Approximately 90% of our products are made in Hungary in our factory. Under production process we completely stress on quality control. Our equipment are strictly tested by international accredited laboratories and meet all the standards required by FIE and CE (Certificate Europe). We also frequently test our equipments during production.

This blog was created to support fencers around the world to handle the COVID19 pandemic.
Our top athletes help the fencing community with stories, advices, and videos to get over and carry on.

Stay tuned, and follow the latest articles regularly on our blog. We wish you good health, and perseverance.

10 questions to Áron Szilágyi
Post day: 25 Jan2021
Does he have a bucket list? What’s his favorite movie? Does he have a role model? Is he superstitious? How does he prepare for an important competition mentally? These are some of the questions, and you can get the answers if you check out this video.

Olga Kharlan - Interview
Post day: 29 May2020
Check out this video by Olga talking about her feelings in this difficult time.

Ana Maria Popescu - Interview
Post day: 03 May2020
Watch Ana Maria's opinions about the Olympic Games, and how the COVID19 situation changed her plans. She shares with you her thoughts and gives you advice to move on and encourages you to persevere.

Gergő Siklósi - Interview
Post day: 18 Jun2020
The Olympics would have been too early for me this year and it would have been quite a challenge – lack of time basically meant that ideal preparation had been out of the question for me. I know that most athletes were negatively affected by the situation, but let’s not forget that it could be worse: imagine if the games had been cancelled altogether! I view it as a victory in every respect.

Yuval Freilich - Interview
Post day: 04 May2020
For the coming months I am putting more effort into physical preparation and mental training. Because I cannot fence, and we don’t know yet when we can, I must make the most and take advantage of the time I have. 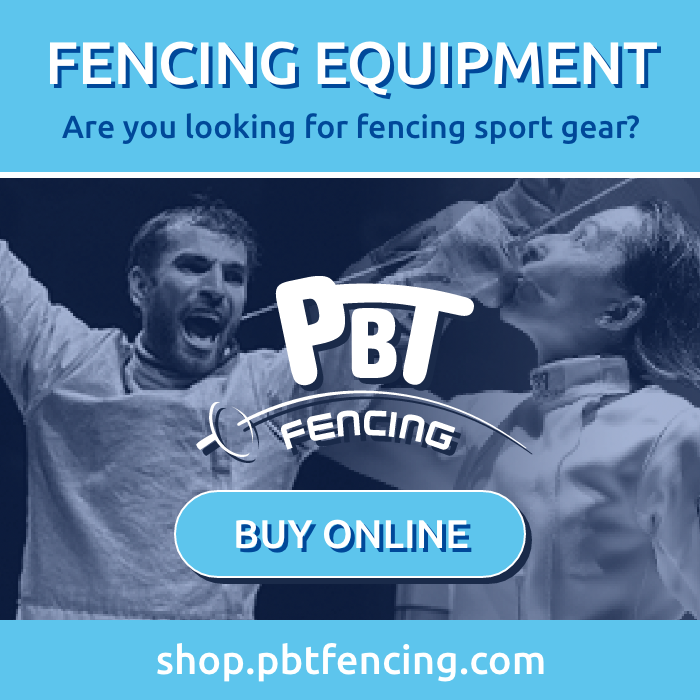 Welcome to our Community

Our top athletes helps the fencing community with stories, advices, and videos to get over and carry on.
Stay tuned, and follow the latest articles regularly on our blog. We wish you good health, and perseverance.